After the dissolution of Marquis De Sade in 1981 their guitarist Remo left to create an band even more epic,more progressive and more mystical than his previous outfit.

In 1982 After taking one of his previous Marquis De Sade tracks (Welcome to the Graveyard) and redoing it along with A King for a King and Creature from Vercenta, the Thy Disciples Demo was released.

The band recorded a second three track demo in 1983 called Gates of Sorrow that only a handful of people worlwide had ever heard. This as well as three addiitonal tracks will be included in this lp.

There will also be a 4 page booklet with rare photos, lyrics and a brief forward. Coming in April!

"WELCOME TO THE GRAVEYARD" 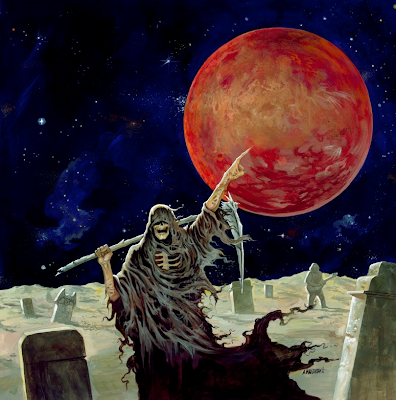