Originally releases towards the end of 1998 on Misanthropy records Solstice's New Dark Age lp has been called many things. The Greatest album of the 90's, The benchmark of Epic Doom Metal or for some the album that confirmed that metal would be there purpose in life. Whatever your view the album is an undisputed classic of real Heavy Metal.

Issued with two slabs of black vinyl,a case wrapped Orzel approved teeth bashing sleeve with foil stamping and an eight page book with never seen before photos and forward by the esteemed Rich "Militia" Walker. Also included are two bonus tracks in the form of Trespass and Iron Maiden covers. This will be the heaviest record on your shelves in every sense.

Eloquent,intelligent and crushingly heavy all at once and limited to 500 and now running low. So go to your favorite distro listed below and support real underground heavy metal now! 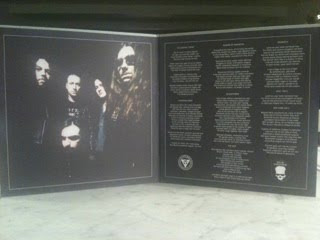 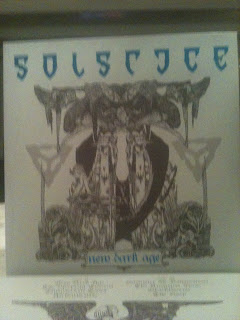